For the ones looking to improve your lifestyle with CBD infused topicals or new CBD product choices.

HEMPMEDS
OUTLET STORE
UP TO 85% OFF

Check out
our best
sellers

If you are looking for a CBDa rich product, our RSHO® Green Label line has not been decarboxylated, retaining its high levels of CBDa. This allows us to create a balanced ratio of CBD to CBDa in our Green Label oil, making it the best source of CBDa in the market.

CBDa is one of the many beneficial cannabinoids found in pure hemp oil. Here we discuss what you need to understand about this little known cannabinoid, including where CBDa comes from, CBDa benefits, CBDa vs CBD, and what types of products are a great source of CBDa.

While CBD rightfully garners widespread attention for its natural balancing properties, a lesser-known cannabinoid — CBDa — is starting to emerge into the spotlight.

CBDa quietly demonstrates intriguing natural benefits on its own and the health industry and consumers are starting to realize the potential value that CBDa presents. Don’t be surprised if this lesser-recognized cannabinoid soon plays a starting role in everyday health and wellness products.

Keep reading to understand the science behind CBDa, how CBDa compares to CBD, and which products are available if you’re interested in adding CBDa to your wellness routine.

CBDa, short for cannabidiolic acid, is one of roughly a hundred cannabinoids that present within the cannabis plant. First identified and isolated in 1996, CBDa is a precursor of cannabidiol (CBD), currently one of the most sought after of the cannabinoids.

CBDa is found most abundantly in raw or fresh cannabis. A live cannabis plant, as well as the plant’s fresh cannabis leaves and flowers that have not yet been dried, cured or heated, contains a higher concentration of CBDa.

Once harvested and when cannabis is exposed to heat, the CBDa compounds in raw cannabis gradually transform into CBD. As an inactive cannabinoid acid, CBDa has an added carboxyl ring attached to its molecular chain. Heat and aging cause the compound to lose its acidic carboxyl group and break down into the more active cannabinoid, CBD.

If you were to juice raw cannabis, for example, you would be able to consume a considerable serving of CBDa. This cannabinoid can also be found in raw hemp oil products, such as CBD oil that’s been kept in its raw, natural state. This oil with higher amounts of CBDa can also be infused into products such as capsules, tinctures, and body care products.

How is CBDa Made?

CBDa, like all cannabinoids in the cannabis plant, begins as cannabigerolic acid (CBGa), which is often referred to as the stem cell cannabinoid.

In order to get the highly sought after CBD and THC (tetrahydrocannabinol) cannabinoids, these acidic forms need to either age or be decarboxylated, a process that heats the cannabinoids to change their molecular structure so that they give off their carboxyl group as carbon dioxide and water vapor.

CBDa and its decarboxylated form, CBD, are created in abundant quantities in hemp, the non-intoxicating varietal of the cannabis plant. Hemp is naturally high in CBDa and CBD and contains only trace amounts of THC.

CBDa is best derived from a freshly harvested plant to preserve as much of the cannabinoid as possible, as light, heat, and even air will also cause CBDa to decarboxylate to CBD.

Made up of cannabinoids, cannabinoid receptors, and enzymes that create and break down cannabinoids, your endocannabinoid system is constantly working to make sure that your body and its functions run as optimally as possible.

The body’s own cannabinoids and any plant-derived cannabinoids like CBDa that are consumed stimulate and influence your endocannabinoid system, encouraging its efficiency to allow the body to thrive.

Rather than interact with the endocannabinoid system’s receptors directly, CBDa indirectly influences the regulatory system by inhibiting the cyclooxygenase-2 (COX-2 enzyme). There is also evidence that CBDA influences serotonin-related hydroxytryptamine (5-HT) receptors.

The benefits of CBDa are only just beginning to be fully understood. Research into CBDa is not as robust as more prominent cannabinoids like CBD. However, early studies reveal promising natural health benefits. We invite you to do your own research into the effects of CBDa on the endocannabinoid system from a source you trust.

CBDa vs CBD: How Do CBDa and CBD Differ?

CBDa and CBD are both cannabinoids formed by the cannabis plant. As cannabinoids, both CBD and CBDa interact with and influence the endocannabinoid system to promote balance in the body. They vary in concentration, depending on the variety of the cannabis plant and whether or not the plant’s materials have aged or been exposed to heat.

CBDa is the precursor to CBD. This means that CBD initially exists as CBD, and it isn’t until the plant is harvested or heated that CBDa transforms into CBD.

Like CBD, CBDa is non-intoxicating, which means when consumed they don’t elicit any type of euphoric side effects or sensations. For those looking to use the cannabinoids to promote health and well-being, both CBD and CBDa can be enjoyed at any time of day without the worry of temporary intoxication.

CBDa For Sale: Can You Buy CBDa Oil?

There are options if you’re interested in experiencing the natural benefits of CBDa. Our Real Scientific Hemp Oil® (RSHO®) Green Label line of products is made with raw hemp oil and contains a higher concentration of CBDa. These raw hemp oil products are an ideal solution for anyone looking for something like CBDa oil.

The hemp oil found in our RSHO® Green Label products has not been decarboxylated, retaining its high levels of CBDa. This allows us to create a balanced ratio of CBD to CBDa in our Green Label oil, making it the best source of CBDa among our products.

Because they’re made from hemp, RSHO® Green Label products with CBDa are legal to buy and use in the United States.

Learn More About Hemp Oil and Cannabinoids like CBDa

Learn more about the benefits of hemp oil and cannabinoids through our educational blog, or get started with Green Label RSHO® by visiting our online shop today. 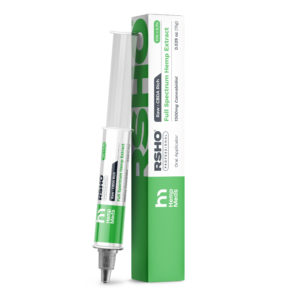 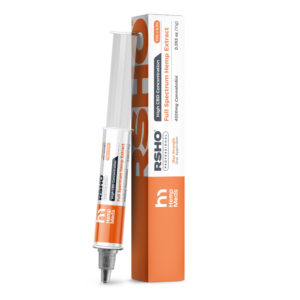 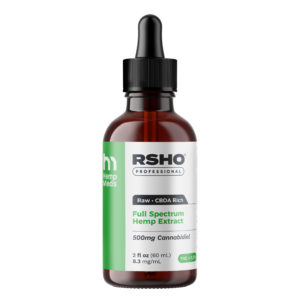 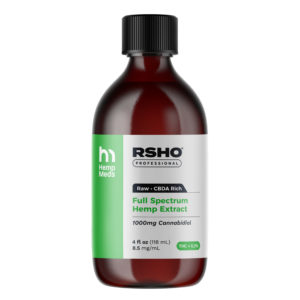 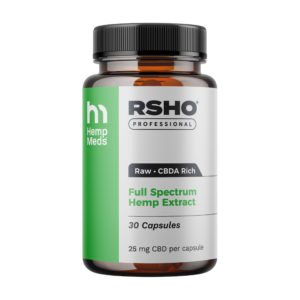 With a subscription, you'll get your favorite HempMeds products each month at a 30% discount. All automatic, worry free, and with our same great service. Cancel your order at any time, hassle free. Your credit card will only be charged when your order ships and the discount applied every time is 30% off regular retail. Discount will begin to apply on your first recurring order.

How Does It Work?

We’ll auto-ship YOU the selected products that YOU want every month at a 30% discount.

When Will I Get My Order?

You tell us what products you’d like to subscribe to - we’ll pack them up and ship them out! We know you’re busy, therefore we’ll take care of it and get you what you need each month.

Absolutely not. You can cancel or change your subscription at anytime, just shoot us an email or give us a ring and we’ll take care of it.